Sometime in 2012 after the new directors’ season of ‘New Blood’, Kath Waugh came up with the idea of launching a friends and members get together to extend participation in the CTC beyond the shows that we produce, so we decided to give it a whirl and launched the monthly ‘Speakeasy’.

The idea is to keep friends and members in the conversation regarding shows and opportunities and to create a safe, casual performance space where people can step up for an open mike spot, read a few poems or stories or speeches from plays, ask for a cast to read a play that they have written and hopefully volunteer to coach in skills areas such as improvisation, theatre sports, cabaret and whatever else comes to mind.

We’ve been running since September 2012 and have had some great evenings but as of October 2013 the Speakeasy is temporarily on hold while we plan for 2014. If you have any ideas or contributions, contact the Secretary at castlemainetheatrecompany.com 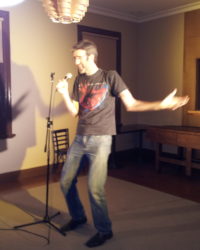 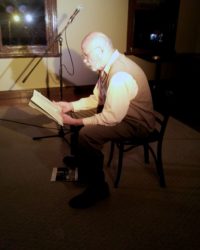