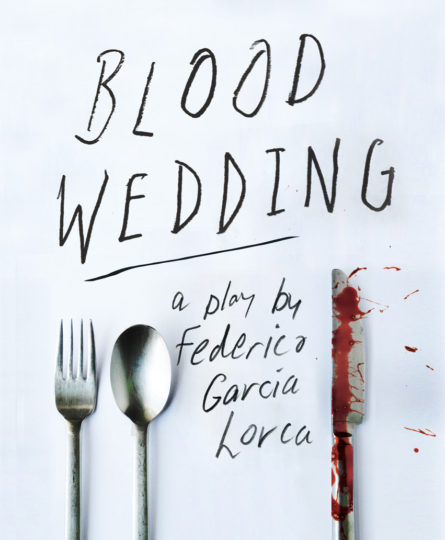 "They were deceiving themselves, but the blood couldn’t be denied"

Federico García Lorca (1898 – 1936) lived at a time when the art world was exploding in new directions. His friends included Salvador Dalí and film-maker Luis Buñuel. The composers Alban Berg and Arnold Schoenberg were his contemporaries.

Blood Wedding is a tragedy about a young woman and two men fighting for her love. The Bride is in love with Leonardo, but their families do not get along, so Leonardo marries another woman. The Bride has been promised to another man, whom she doesn’t love, but will marry to appease her family.

Although Leonardo is already married, he confesses to the Bride that he is still in love with her. At first she tells him to be silent, but then confesses that she still loves him too.

Despite these revelations, she goes ahead with her marriage to the other man, but on the night of the wedding reception, she elopes with Leonardo. When their disappearance is discovered, the Mother commands everybody to search for them. In the forest where the Bride and Leonardo have fled, the play takes a surrealistic turn. The Moon and Death work together to encourage the Bridegroom and Leonardo to kill one another. Leonardo and the Bridegroom then meet and kill each other in a knife fight.

At the end of the play, the Bride returns to the church hoping that the Bridegroom’s Mother will kill her, but she doesn’t. The play closes with both women reflecting on the deaths of the two men.