Attention writers, actors and supportive audiences! We’re creating a space for informal, short play-readings, welcoming experienced and not so experienced creatives to have a go and try something new. Optional Theme: BEAT (Beat the winter blues? Beat of your own drum? Beat Generation?) Come with a five or ten-minute scene that you have written or […]

Walk with Us: Untold Castlemaine 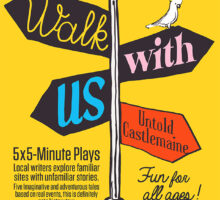 BACK BY POPULAR DEMAND! See short stories unfold on street corners and behind buildings, along alleys and in front of monuments.

Performances: Friday/Saturday at 6.30pm and Sunday at 5.30pm. Meet at The Market Building on Mostyn Street. CTC is thrilled to announce a reprise of our fun, thoughtful, outdoor theatrical journey. Led by flamboyant guides, the audience will travel in covid- safe groups through the backstreets of Castlemaine, stopping in hidden spots to be entertained by […]

The Tempest: A Sound Project 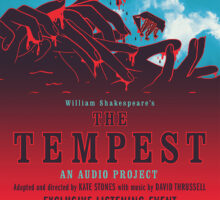 Directed by Kate Stones, with original music by David Thrussell.

Listen to The Tempest Podcast More digital audio visual content from the CTC “Listening right now to The Tempest. Marvellous! Sound design is beautiful and immersing. The shipwreck…stunning. Oh, and the music…fantastic! Very good performances overall and seamlessly embedded in the atmospherics. Congratulations!” Is blood thicker than water? Two charismatic sisters, one mad (perhaps…), the […]

CTC COVID PROOF and BEYOND! 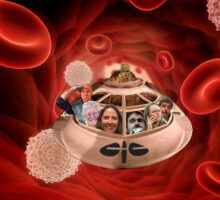 Find out how we are fighting off infections of boredom with covid safe activities and special offers!

It’s midwinter 2020 and here in Victoria we are still facing restrictions that make it very difficult to produce shows in the traditional way. NEVER FEAR! we are still going to bring you some great drama experiences, and some awesome offers. First up: SPECIAL COVID PRICES! In 2020 we have super cheap memberships available at […] 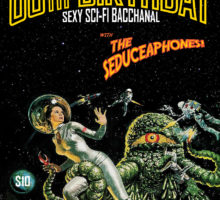 SEXY 60th BIRTHDAY BIG BACCHANAL on Sat Aug 17 at The Bridge Hotel In 2019 CTC turned 60 and we threw a party to celebrate! We invited everyone to come along and dance the night away with us at the Bridge Hotel, Castlemaine on 17 August. There were 2 costume prizes with the THEME: Sci […] 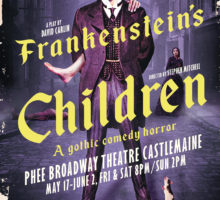 "They were deceiving themselves, but the blood couldn’t be denied" 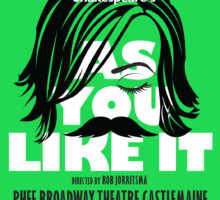 by William Shakespeare directed by Rob Jorritsma performed at The Phee Broadway Theatre May 18- June 3 Fridays and Saturdays at 7.30pm/Sundays at 2pm. Box Office opens 30mins before the show starts “Just saw, nay! – experienced As You Like It by The Castlemaine Theatre Company. It was brilliant! Flowing, effervescent, modern and accessible. If […] 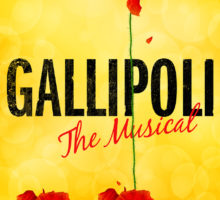 Gallipoli The Musical performed at Punctum’s ICU, Castlemaine Old Hospital, 1 Halford Street, Castlemaine 10-26 November, Fridays and Saturdays at 8pm, Sundays at 2pm. http://www.elliottmidnews.com.au/story/4840891/actors-called-to-the-stage/ The title of the show ‘Gallipoli, The Musical’ by local writer and theatre maker, Mark Penzak has caused some brows to furrow and wonder, ‘What the…?’ Well, for starters, it’s […] 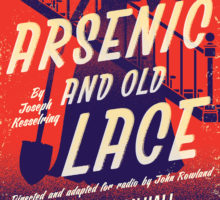 Arsenic and Old Lace provides another opportunity for audiences to relive the magic of 1940s Radio Theatre, in the vein of The Ghost Train performed at the end of 2016.  Arsenic and Old Lace by Joseph Kesselring, was originally performed on stage in the early 40s, before being adapted for the silver screen in 1944 […] 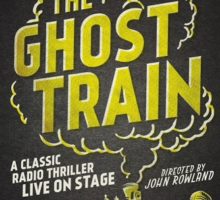 The Ghost Train is coming to Faulder Watson Hall in Barker Street, Castlemaine for three shows only – Friday 9th and Saturday 10th December at 7:30 pm, and Sunday 11th December at 2:30 pm. Tickets are $20 / $15 concession. To book your tickets head to our Ticket Sales page and follow the links. Take eight […] 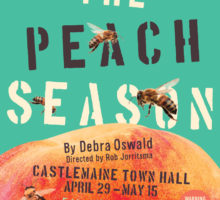 A contemporary Australian play evoking the heat, scent and hard slog of a peach farm at harvest time.

by Debra Oswald directed by Rob Jorritsma Castlemaine Town Hall, April 29-May 15 2016 Cast: April Bevin, Seamus Curtain-Magee, Bronwyn Lamb, Izrael Little, Sebastian Marshall, Clare Shamier After the fatal shooting of her husband in a service station hold-up, Celia has shut herself and her 16-year-old daughter Zoë away, toiling on a peach farm in […] 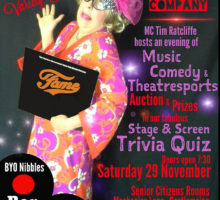 On Saturday 29 November MC Tim Ratcliffe and the lovely Vinyl Vera will be hosting the CTC’s inaugural fundraiser cabaret and vareity show. There’ll be acts, a stage and screen trivia quiz, prizes and fun for all The fun starts at 7.30pm and the venue is the Castlemaine Senior Citizens Hall, next to the Phee […]

Monkey and the Monk 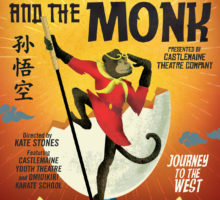 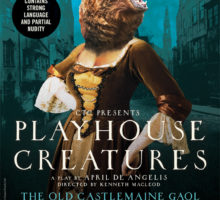 A contemporary script by April de Angelis about the very first women actors to perform on the London stage during the Restoration period - the reign of Charles II in the 1660s.

Directed by Kenneth MacLeod with (in order of appearance) Kate Stones; Zenith Flume; Tiffany Naughton; Donna Steven; and Bridget Haylock. A contemporary script by April de Angelis about the very first women actors to perform on the London stage during the Restoration period – the reign of Charles II in the 1660s. ABOUT PLAYHOUSE CREATURES […]

Cinderella with the Lot 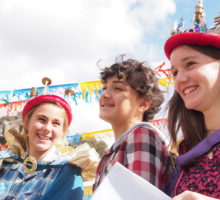 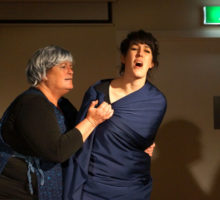 Burqa is a new work written by acclaimed local author Ian Nash, author of the award winning Challenged Trilogy (CTC 2011). Burqa is directed by Kate Stones, and performed by Bairbre Williams and Briega Young. It tells the story of a young Anglo Australian woman who has fallen in love with a Muslim man. Much […] 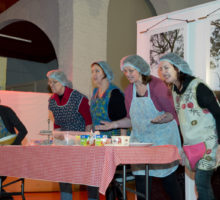 Artfields 2013 Artfields is an arts festival organised by the local Shire to showcase local artists practicing across a wide range of artforms. The CTC will be featured in a performance night on Friday 23 August at The Market Building on Mostyn Street, Castlemaine. Actress and CTC Committee member Donna Steven will be directing a […] 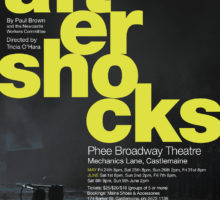 by Paul Brown and the Newcastle Workers Committee, directed by Tricia O'Hara 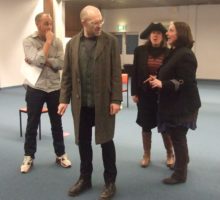 The Amazing Maurice and his Educated Rodents (Youth) Challenged is a trilogy of short plays, Bonnie, Kaaris and Tapestries, with a focus on disability. Bonnie has been the mother and full-time carer of her now 43 year old brain-damaged daughter for more that three decades; Kaaris is an imaginative, middle-aged woman who, at 150kgs, seeks release from the virtual prison of her own […] 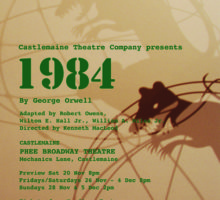 Nov 2010 Directed by Kenneth MacLeod “scary and comical…confronting and suspenseful. Everyone who is old enough should see CTC’s production…a great story and it gets you thinking” Emlyn Johnson, Castlemaine Independent

Dirty Work at the Crossroads May 2010 Directed by Kenneth MacLeod

Here’s some of our previous shows: