“Tonight’s trip along Memory Lane really begins on a cold winter’s night in 1959. The date was the 15th of July, exactly 25 years ago tomorrow; when at a meeting held in the Church of England Hall in Mostyn St., a group of people who shared a great love of good music and enjoyable theatre made the momentous decision to form a Musical Company. Their dream was to gather together people from within the Castlemaine Community with all kinds of musical talents and give them the opportunity to provide high quality musical theatre for everyone to enjoy…The meeting was chaired by Mr. Len Hall and a production committee was formed. Len was appointed Producer and Horrie Pedlar, Musical Director. The rest of the committtee was made up of John Fogarty, Allan Whatley, Bob Qualtrough, Max Rigg, Ray Addicoat, Kingsley Callister, Betty Thompson and Mr. R. Gamble…”

Thus reads the program of the 25th Anniversary Performance of the Castlemaine Musical Theatre Compamy, A Night of Nostalgia, 14th July 1984.  The CMT was originally called ‘The Castlemaine Light Opera Company’, and around the same time as the Silver Jubilee it merged with ‘The Castlemaine Drama Group’ to become the Castlemaine Theatre Company. Little is known about the history of The Castlemaine Drama Group, except that they are said to have produced some excellent dramatic works during the 1970s including The Crucible, and Murder in the Cathedral by T.S. Eliot, performed at midnight in a local church. Apparently after the merger, the dramatically inclined experienced something of decline, as they were subsumed into musical productions. The first constitution of the Castlemaine Theatre Company that we currently have on file is dated 2004, so we may assume that it was then that the Company became a fully Incorporated Not For Profit, although it might have been before that. When I joined the committee in 2010, the CTC was on a steady diet of Musicals and Melodramas.

From these beginnings with traditional repertoire such as Oklahoma, Sweet Charity and numerous G&S productions, the company has evolved into a dynamic, community-focused organisation, confident in tackling more challenging classic and contemporary dramas and comedies.

In recent years the CTC has produced our first Shakespeare production As You Like It (2018), a comedy by acclaimed local writer Mark Penzak, Gallipoli, The Musical (2017), The Peach Season by Australian playwright Debra Oswald, a spectacular all-ages production of the traditional Chinese tale Monkey and the Monk (2015), Moliere’s The Hypochondriac (2011) and 1984 (2010). In 2012 we took on the huge task of staging a series of one-act plays (New Blood) with new directors, to encourage increased community participation. From 2010 to 2013 we had a creative and vibrant Youth Theatre Company who staged their own self devised works. They formed an integral part of our activities, before facilitator Kirstie Babbage went on to run the Youth Group as an independent company. We have hosted ‘Speakeasy’ events on a monthly basis – informal social meetings for our members to experiment with play readings and improvisation. The Castlemaine Theatre Company considers itself theatre “for the people, by the people and of the people”.

We now know that according to The Castlemaine Pioneer and Old Residents Association 1930 Jubilee Book (reprinted with addition in 1984), that “The Castlemaine Amateur Dramatic Club gave its first performance on July 3, 1856“.

We have also found a fabulous old poster in the Pioneers collection which is promoting The Odd Fellows Amateur Dramatic Society’s 1857 performance, “commencing with Douglas Jerrold’s far famed Domestic Drama, The Rent Day, continuing with the admirable farce An Irish Engagement…”. The poster informs us that “Previous to the Raising of the Curtain, A Prologue will be spoken by Brother Hankins, to be followed by a Grand Tableau of the Order, Illustrated by the Brethren, between the Drama and the Farce, The Emblem of the Widow and Orphans”. And all that for one night only at The Theatre Royal! You certainly got bang for your buck in the old days!

Kenneth MacLeod became President of the CTC in 2009. He specialized in multi-tasking – directing, acting, singing and set building. In 2014 he directed Playhouse Creatures by April De Angelis performed at The Castlemaine Old Gaol. He appeared in the 2013 production of Aftershocks, and in 2012 he performed in The Local Stigmatic as part of the New Blood Series of short plays, and mentored many of the New Blood directors. He directed and took the lead role of Argan in The Hypochondriac (2011), directed 1984 (2010) and directed and starred in Dirty Work at the Crossroads (2010). Kenneth MacLeod’s vision for the CTC was to develop it’s repertoire beyond melodramas and musicals, and to provide opportunities for the local community to participate as creative and collaborative members of a vibrant and dynamic theatre company. 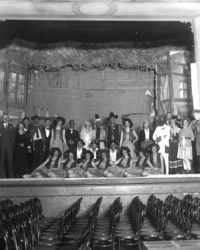 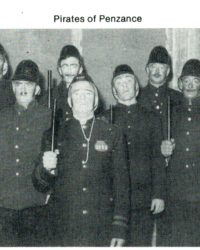 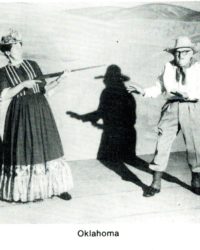 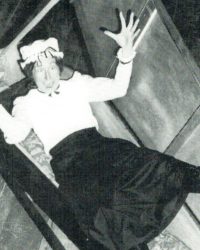 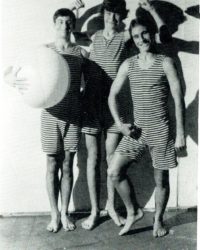 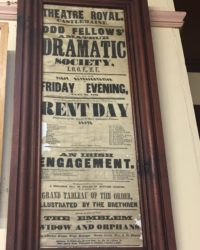