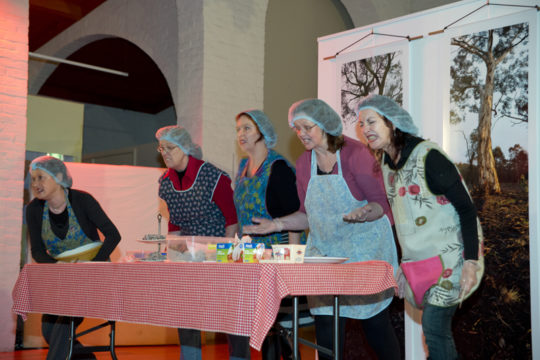 Artfields is an arts festival organised by the local Shire to showcase local artists practicing across a wide range of artforms. The CTC will be featured in a performance night on Friday 23 August at The Market Building on Mostyn Street, Castlemaine. Actress and CTC Committee member Donna Steven will be directing a short excerpt from a ‘verbatim’ theatre work about the Black Saturday fires across Eastern Victoria. The play is called Embers, and is written by Campion Decent. Donna developed a keen interest in verbatim theatre after acting in the CTC’s recent verbatim production Aftershocks, which dealt with the 1989 Newcastle earthquake. Verbatim theatre is theatre that is constructed out of the words of real people, from interviews. We will also be producing a short play that will feature as a ‘satellite’ event at Artfields.