Auditions for The Tempest, a sound project for radio broadcast and podcast will be held on Sunday 14 March. Directed by Kate Stones with original composition by David Thrussell.

We will be casting gender and race ‘blind’, meaning we will select the cast according to the right feel they have for the part, regardless of whether they are male or female. If we have a ‘Prospera’ there will be a little script adaptation required. The characters as written are overwhelmingly male, but don’t let that get in the way, if you want to be involved. Here’s a list of the characters: 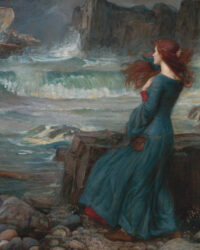