CTC COVID PROOF and BEYOND! 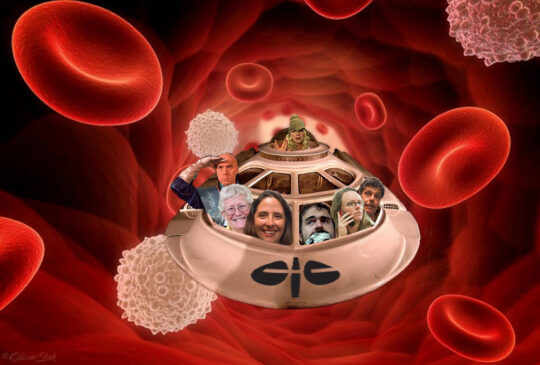 Find out how we are fighting off infections of boredom with covid safe activities and special offers!

It’s midwinter 2020 and here in Victoria we are still facing restrictions that make it very difficult to produce shows in the traditional way.

NEVER FEAR! we are still going to bring you some great drama experiences, and some awesome offers. First up:

SPECIAL COVID PRICES! In 2020 we have super cheap memberships available at only $10 for a year! Yes that’s right. Why join? You get to support the incredible resource that is the Castlemaine Theatre Company; You get to promote your COVID SAFE drama/performance activities on our socials and our 400 strong mailing-list; you get the latest updates about upcoming activities and auditions; you get our brilliant newsletter Headliner 4 times a year. All for just $10. Amazing, right? To celebrate our freedom, we also hope to bring you discount ticket prices for our first show after lockdown. Membership forms are here as a docx file: CTC COVID discount membership form or as a pdf here: CTC COVID discount membership form  Send your form to us here: castlemainetheatreco@gmail.com

BROADCASTING on 94.9MainFM We are bringing you some wonderful excerpts from previous CTC shows that will be broadcast on our beloved local radio station 94.9MainFM. Our first one was on Sunday 5 July at 10.30am on Suzanne Donnisthorpe’s Artswank show. It’s an excerpt from Shakespeare’s As You Like It, which we produced in 2018, directed by Rob Jorritsma. This excerpt is from Act II Scene 7, concluding with Jaques’ very famous ‘All the world’s a stage’ speech. The actors are in order of appearance Claire Shamier as Duke Senior, Stephen Mitchell as Jaques, and Gabriel Lillington as Orlando.

The following excerpt features Tim Ratcliffe performing his ‘Stan’ speech from our 2013 production of Aftershocks, by Paul Brown and the Newcastle Workers Committee. This is a verbatim play about the 1989 earthquake that destroyed the Newcastle Workers Club. It was first performed in 1991. Our production was directed by Trisha O’Hara.
In this speech Stan describes how he was rescued from the rubble, and the ongoing struggles he has with his mental and physical health in the aftermath of the disaster. Terrence Jaensch reviewed the production, and commented favourably on Tim’s performance: “…standouts are Tim Ratcliffe as Stan…Ratcliffe has a very natural, almost improvisational mannyer on stage, which is a perfect for the peice.” 3’s A Crowd member Lyn Grehg commented “I think Aftershocks is one of the best CTC production I have seen…”
This excerpt was featured on ArtSwank on Sunday 16 August 2020 (the backing track is ‘On Behalf of Nature by Meredith Monk):

Here Claire Shamier performs a medley of speeches as the character Polly, an entrepreneurial young woman, from our 2019 production Frankenstein’s Children by David Carlin, directed by Stephen Mitchell. This clip was broadcast on Glenn Williams Dark Moments radio show on 17 October 2020 (with original music composed and performed by Chrissie and Toby Heydon):

Our final offering features in order of appearance Donna Steven, Kate Stones and Zenith Flume performing a scene from Playhouse Creatures by April de Angelis, directed by Ken MacLeod in 2014. We performed at The Old Castlemaine Gaol, which provided an incredibly atmospheric backdrop to this period piece set in seventeenth century London, exploring the lives of the very first women to act on London’s stages. This clip was broadcast on Glenn Williams Around the Wireless show on 2nd December 2020 (the intro and outro music is Tandernaken, written by Jacob Obrecht and performed by The City Waites).